I first discovered the gatherings on the property that is now Oak Spirit Sanctuary in 1993. I stayed involved, intermittently through the years, until a move to Columbia in 2011 allowed for more involvement. I joined the Board of Directors in 2017 and took on the role of Treasurer.
I have two adult children, one of whom is married, and am a grandmother. I am a Certified Professional Midwife with a private homebirth practice.
One of the main things I love about OSS is the uniqueness of having a 160-acre, pagan-owned land sanctuary right in the middle of Missouri that has had the longevity, in one form or another, that OSS does.

Kerry Lynn first came to Ozark Avalon, now Oak Spirit Sanctuary in 2007 for a Triple Goddesses retreat, and her life was forever changed.
Wife, Mother of 3, and a proud Grandmother of 2 grandbabies, Kerry Lynn has a BA in psychology and is currently pursuing her Master's degree in Couples Counseling. She is also a Certified Clergywoman and has been for many years.
Kerry Lynn first served the community as the Retreat Center Kitchen Witch, and went on to Found the Oak Scouts.  She proceeded onto serving as Executive Secretary and one of our Past President's. Currently, she is a board member heading the Social Media committee. She loves to sing off-key at our bonfires and her cackle can be heard around the world.

Larry Brown has been a Pagan for almost 40 years and a Wiccan since 1989. He grew up with Ozark witchcraft but his family didn't think of it as anything other than country living.
His friends often call him El Bee. His students call him Professor. He is the Professor of Dark Artes at the Magica Consortium and co-founder and Board Member Emeritus of the St. Louis Pagan Picnic. El Bee is a Priest and Elder of Yarrow Coven since 1989.
His association with OSS began in 1992 when it was still called Ozark Avalon and became an Oak Spirit in 1996. He served on the Advisory Council at OA for several years after that. El Bee was elected to the Board of Directors of OSS in 2015 and is still serving our community in that capacity.

Patrick has been coming to gatherings on The Land since the early 90s and has been an Oak Spirit for just over 20 years. He is currently in the OSS Clergy program has an academic background in philosophy and religious studies. Professionally, he works as a librarian and has experience in nonprofit management and fundraising. He is a hobby-level juggler and unicycle rider and believes in religion as artistic expression.

Josh Kirby has been an eclectic pagan and Gardnerian Wiccan for 18 years. The main deities he relates to are Dionysus and Athena and you will see why shortly after reading the rest of the bio.
Since the age of 12, he has been involved in theater, singing, stage acting, and film acting. He has performed in musicals, comedies, and dramas until the age of 18 when he graduated high school and signed up for the Army Reserves in 2004. Once back from training he joined the Isle of Capri Casino where he was a hard count clerk.
He was very quickly mobilized in 2005 and deployed to Iraq in 2006 where he served as a 240B gunner on convoy security missions for 13 months. Upon returning in 2007 he went to blackjack school and became a table games dealer at the Isle of Capri. He also attended Moberly Area Community College for two years obtaining an Associate Degree in Performing Arts and then transferred to CMU to complete a Bachelors in Theatre in 2012.
Once graduated he found a new opportunity as a job seekers agent as the first employee of a company called Endeavor Agency in 2014. In that time he transferred to a Drill Sergeant unit in the Army Reserves and completed Drill Sergeant School at the top of his class in 2015. He rose through the ranks in Endeavor Agency and in 2018 completed his Masters of Business Administration at William Woods University upon which he received a promotion to VP of Client Development.
Josh Kirby (Kirby to his friends) became involved with Oak Spirit Sanctuary in 2015 where after hearing the words "Welcome Home", he became heavily involved in the participation in rituals and found a passion among the people and their community. Since then, The Land has truly become a home away from home. He quickly joined up on the advisory board and in 2020 became a new Board Member.
He is the husband of a marvelous wife Courtney Kirby who also works at Endeavor Agency and is father to two daughters Nora Kirby and Violet Kirby. They are also expecting a son Liam Kirbyin Fall of 2020.

Find board meeting minutes on our organizational documents page:

Support the Land You Love

Oak Spirit Sanctuary depends on your help to operate.

We are grateful for the support of our community. 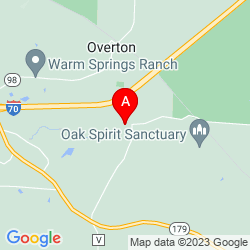